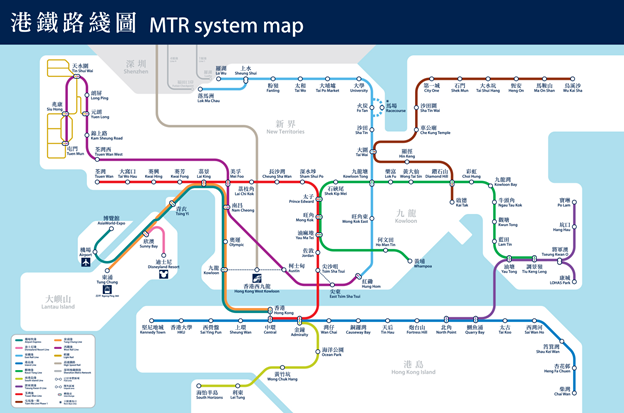 In more recent years, the MTR has expanded with new lines, services, and developments. This is due to their “Rail + Property” business model. This model allows the majority of the government-owned company to invest in property developments and transportation projects for the betterment of Hong Kong. Over the last 20 years or so, there have been a lot of development projects that the company has started and completed. Some of these new additions are the LOHAS Park spur line, the Kowloon Southern Link, the West Island Line, the Kwun Tong line extension, the South Island Line and the Tuen Ma line Phase 1. New high-speed rail service was also added in September of 2018.

LOHAS Park is a residential development that was previously called “Dream City.” It was developed by the MTR Corporation in the New Territories in hopes of becoming the largest single residential enclave in the territory upon completion. When the development was renamed, the acronym LOHAS was chosen which stands for “Lifestyle Of Health And Sustainability”. The goal was that the area would have a focus on environmental protection and health, especially after the SARS epidemic in 2003. Upon completion, these residential properties will consist of 68 high-rise towers, complete with 20,000 apartments. There are about 17 phases, and although it is not expected to be fully complete until 2024, there are currently a lot of towers that are already complete, including The Capitol, Le Prestige, Le Prime,La Splendeur, Hemera, Wings At Sea, Malibu, LP6, Montara, Grand Montara, Sea To Sky, Marini, Grand Marini, Ocean Marini, LP10 and ﹑MARINI﹑GRAND MARINI﹑OCEAN MARINI﹑LP10﹑Villa Garda.

LOHAS Park is a transit-oriented development site in accordance with both MTR's "Rail + Property" finance scheme and one of the Tseung Kwan O line's goals of connecting huge housing estates on the eastern side of Victoria Harbour to Hong Kong Island. The amazing part of this development is that it sits just above the MTR LOHAS Park station which was opened in 2009 as an extension of the Tseung Kwan O line. This line extension was built specifically for this new residential community.

The Kowloon Southern link is a heavy rail that links the Nam Cheong Station and the East Tsim Sha station. It runs along the southwest coastline of the Kowloon Peninsula. The interesting thing about this rail link is that it is completely underground. This link, like the LOHAS Park line, was opened in 2009. As space and land in Hong Kong are very high in demand, an underground link is the perfect idea for transporting people across the peninsula. The main purpose when building this was to alleviate congestion and traffic at the Kowloon Tong Station. Austin station is an underground intermediate stop on the Kowloon Southern Link. It is close to the Canton Road Government Offices, as well as the Tung Chung line's Kowloon station and the Airport Express.

The West Island line serves as an extension of the Island line. This extension would run from Sheung Wan to Kennedy Town. The main purpose is to serve residents and tourists with transportation in the Western District of the ever-busy Hong Kong Island. To improve services and facilities, some new elements are implemented into these new stations. Because of the station's depth, "lift-only" entrances are located at HKU and Sai Ying Pun. A number of high-speed lifts with doors on both sides enables a large number of passengers to be transported in and out of the stations. These lifts can also be used to evacuate stations if there is a fire. The West Island Line concourse now has new multi-purpose ticket machines. It combines the operations of a ticket vending machine with an add-value machine through the use of touch screens. Cash or an Octopus card can be used to purchase single journey tickets.

where you can use them.

Kwun Tong extension is a line that connects the eastern and central parts of Kowloon. It is a heavy-rail transit, most of which is underground, that starts in Hung Hom and ends in Tseung Kwan O, Sai Kung. In October of 2016, two new stations in Whampoa and Ho Man Tin opened. These new stations have helped to relieve overcrowding in the Kwun Tong station, which has historically been one of the busiest stations within the MTR transport network

For more information about the MTR and how you can travel all around Hong Kong. Take a look at our other blogs on MTR. 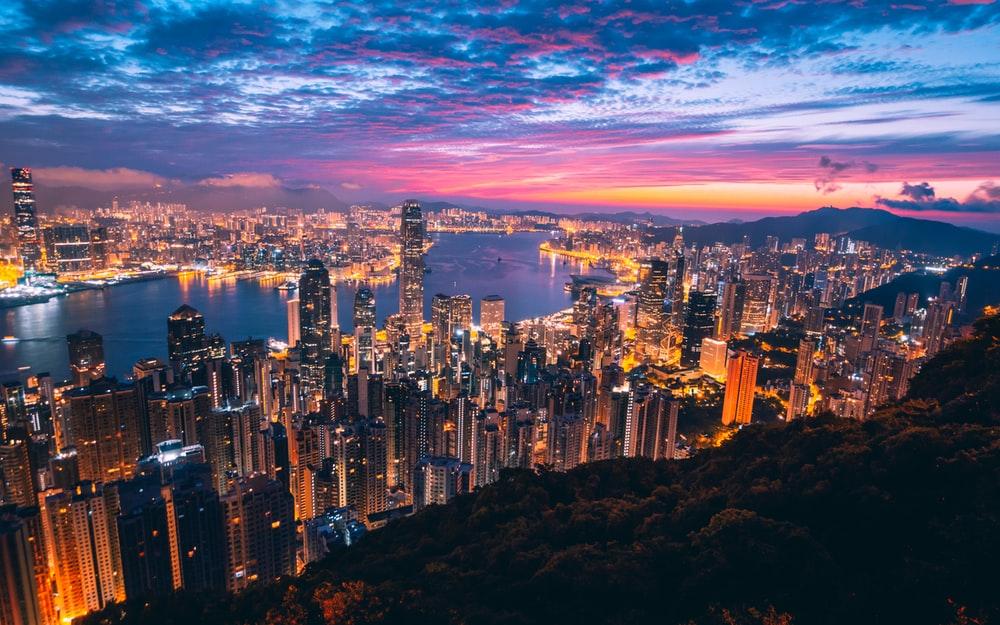 Calculating Stamp duty for Rents and Sale in Hong Kong 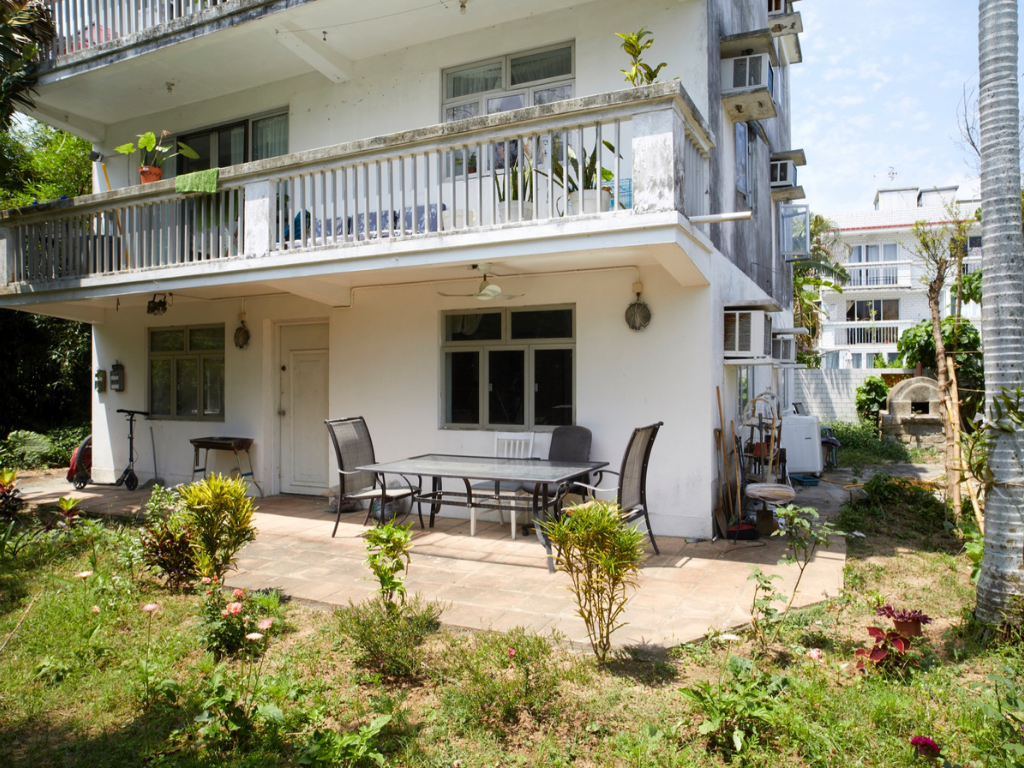 5 Tips for renting a house in Hong Kong 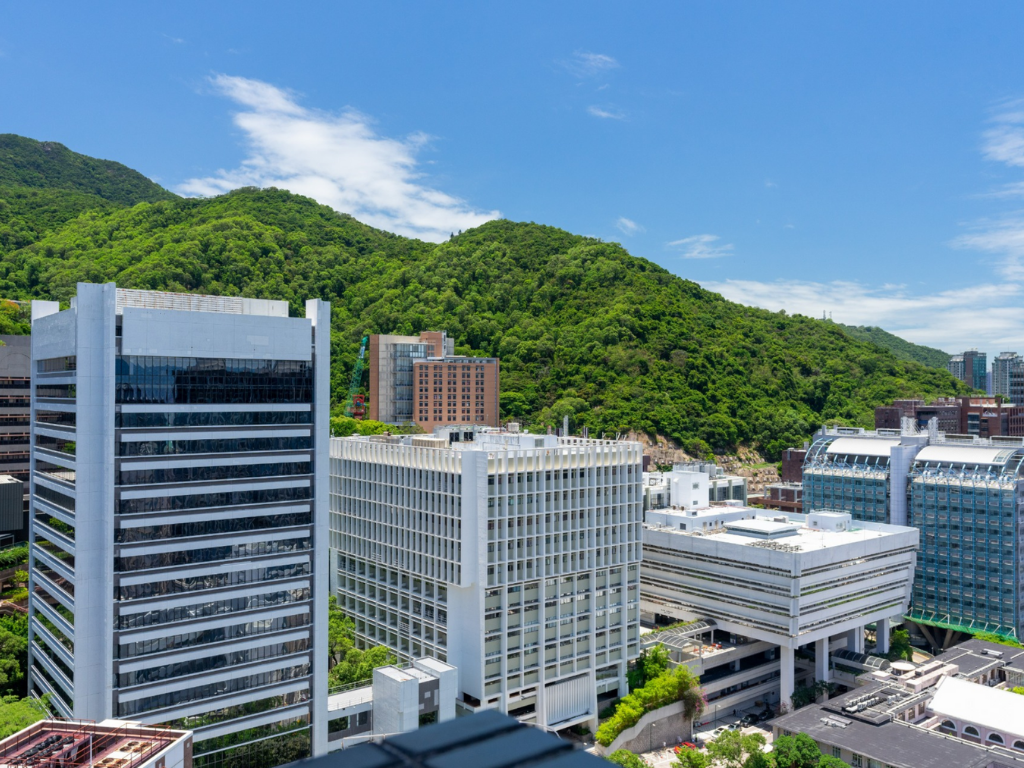