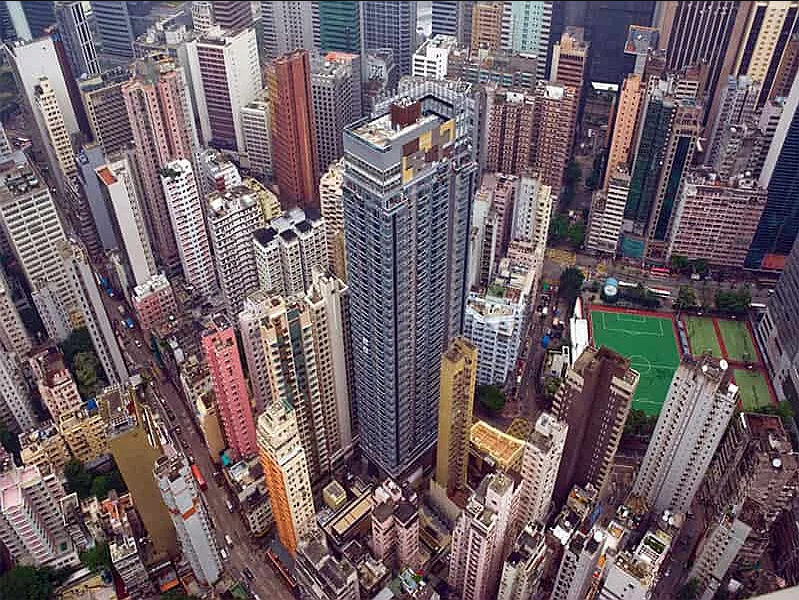 Star Street, Sun Street and Moon Street, near Three Pacific Place in Wan Chai, have inspired the names of nearby luxury properties, such as Moonstar Court, Star Crest and Starlight Court. But why the celestial theme, you may ask.

The reason has to do with nearby Electric Street. This street was named after the power station which used to be in the area. Run by The Hong Kong Electric Company, it began generating electricity in December 1890, making Hong Kong one of the first two Asian cities to have public electric supply. Before then, lighting was provided by lanterns and lamps burning oil or gas. Since, at the time, the electricity generated could only be distributed within a mile radius of the station, Hong Kong Electric built it on the site of an abandoned cemetery in Star Street near the centre of the then colony.

The initial power station was fraught with construction problems so while the company was struggling to get the station up and running, it decided to provide staff with housing to boost morale. Streets were laid out next to the station and the houses built. Given it was the first part of Hong Kong to have electric lighting, the street names were taken from a verse in classic Chinese text the Three-Character Classic (San Zi Jing): The Three Forces are Heaven, Earth and Man. The Three Luminaries are the sun, the moon and the stars.

Today, this is one of the most sought out authentic neighbourhoods in Hong Kong. Here in the hillside streets of Wanchai you can be forgiven for forgetting you are in the middle of the great metropolis. This low rise precinct has pedestrian and dead end streets which escape the noisy traffic and instead, offer a tranquil and leafy chic neighbourhood. It has become a design and art “must visit” and you will find a number of imported boutique fashion and home ware stores, arty and creative delights, a treasure trove of new discoveries hidden in amongst the short cut laneways that run in between.

The area is home to café’s, local dining, casual bites, and a mix of restaurants that will keep you coming back. Boutique bars with craft beers and special cocktails make this precious neighbourhood popular with the designer crowd looking for a different experience to the flashy rooftop bars and busy streets of Hong Kong. Amongst a few newer high rise developments, you will still find 5 to 8 storied walk ups with a shop front at street level and residential apartments above. These can be light and spacious with some very creative and wonderful renovations. The shops can be beautifully fitted out with designer interiors.

This complex, built by one of Hong Kong's longest established developers is situated adjacent to the large shopping mall of Pacific Place and to the greenery and amenities of Hong Kong Park. Admiralty MTR station is just a short walk away. There are two towers with 6 units per floor, offering 1-3 bedroom options. All come with fully fitted kitchens and are finished to a high standard. The common areas and facilities are well designed and maintained, with landscaped gardens, a swimming pool, indoor and outdoor children's playgrounds, a gymnasium and a golf simulator.

Located in a trendy area just off Star Street, this 27 storey building was completed in 1980. It contains 167 apartments, 7 on most floors and the apartments range from 288 to 872 sf saleable area. Many are now well renovated and being a short walk to Pacific Place and the MTR. They are popular with working professionals.

Situated on the corner of St. Francis Street and the trendy Star Street, this 31 storey building is conveniently located close to both Pacific Place and the many restaurants in the area. It was completed in 1990 and has 6 units per and 2 bedrooms apartments. Many of these have been totally renovated to high standards and the outside of the building was only recently totally refurbished. This location is much sought out and popular with young professionals working in Central with easy access to the MTR or a 10 to 15 minute walk.

This mixed commercial/residental block was completed in 1988 and has been recently refurbished. It has 27 floors with 6 apartments per floor and a total of 162 units. There are shops on the ground floor. It is a short walk to the nearby Pacific Place and the MTR station. The apartments vary from 262-437 sf saleable and although this is an older style building, many of the apartments have been fully renovated.